Brand reform of the City of Vantaa

The brand reformation stemmed from the city’s need to make its visual look more consistent and strengthen its profile. The project was not simply about renewing the visual look of the city but creating a comprehensive brand system.

The brand reformation was implemented as an interactive process between the residents of Vantaa, the city staff and political decision-makers. A large number of people not currently residing in Vantaa also took part in the data collection process. A so-called Ihanvantaasta.fi website was launched for the collection of data; visitors to the site could test how typical a Vantaa resident they were. In addition, different brand pop-up events were organised around the city. 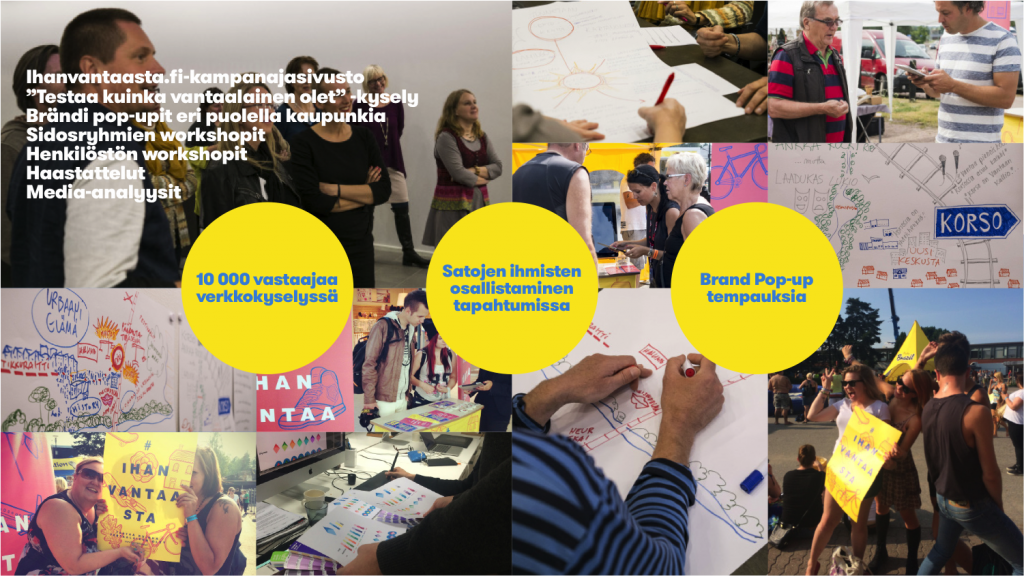